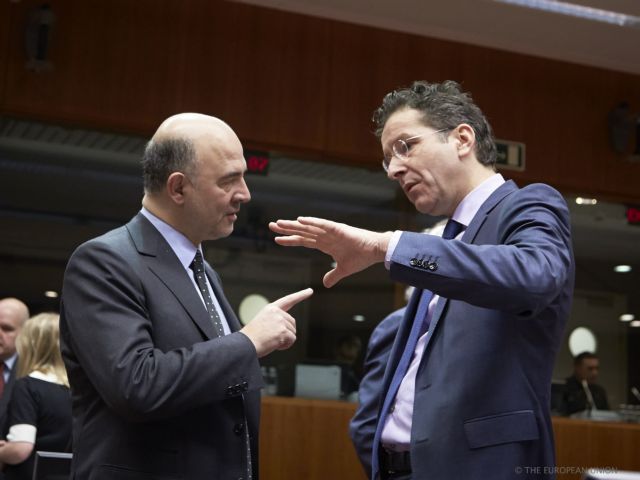 The Eurogroup chief and Dutch Finance Minister Jeroen Dijsselbloem stated that he expects to hear reliable proposals from the new Greek Minister of Finances Euclid Tsakalotos, as he arrived at the Eurogroup scheduled to begin at 2pm (Athens time).

Mr. Dijsselbloem added that the ‘No’ vote on Sunday’s referendum in Greece means that the proposal have been rejected and that should be starting point of the discussions to take place. He added that he has not yet seen Greece’s proposals and estimated that the pressure was on the Greek side.

Meanwhile, Pierre Moscovici stated that Greek proposals must be comprehensive and reliable, while stressing that the scenario of a ‘Grexit’ is undesirable and must be avoided, as would be a terrifying failure. As with Mr. Dijsselbloem, the Financial Affairs Commissioner underlined that the ball is in Greece’s court.

Mr. Moscovici clarified that the European Summit to follow will not address the possible restructuring of the Greek debt. He also commented that after the Greek people were heard on Sunday, so should the other 18 people of the Eurozone.