Dijsselbloem: “The Eurogroup session on Monday will not be decisive” 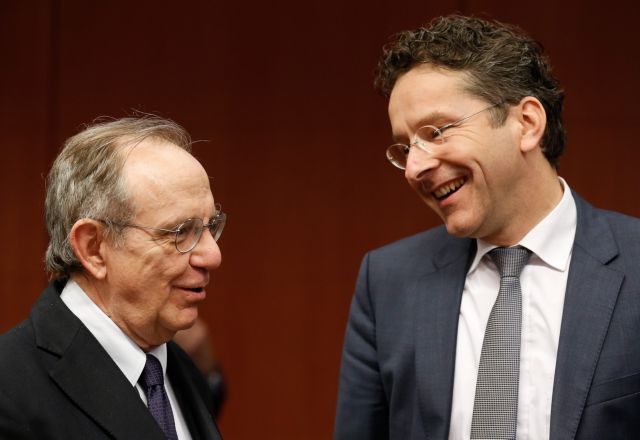 The Eurogroup chief Jeroen Dijsselbloem and the Italian Minister of Finances Pier Carlo Padoan met on Friday in Rome and agreed that there has been significant progress in the negotiations with Greece.

Mr. Padoan commented that the process should speed up and expressed his belief that after the discussions continue at the Eurogroup scheduled on Monday, an agreement will soon follow.

The Eurogroup chief on his behalf underlined that the Eurogroup meeting on Monday will not decisive, but argued that all sides are aware of the urgency. Regarding the possibility of restructuring Greece’s public debt, Mr. Dijsselbloem cited the November 2012 agreement, according to which upon completion of the program, then the possibility of a debt restructure and interest rate revision may be considered.

When specifically asked by the Athens-Macedonia News Agency as to whether the provision to deregulate collective redundancies, Mr. Dijsselbloem responded that he is open to discussion new measures and repeated that the goal must be to secure debt sustainability and a return to growth.