Tsipras confident of reaching an agreement after Eurogroup meetings 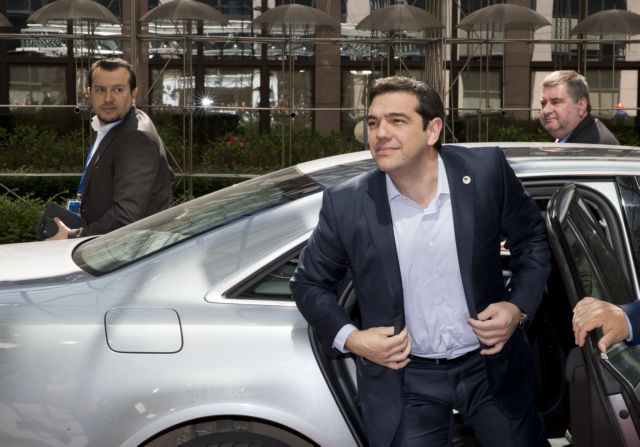 The Prime Minister Alexis Tsipras expressed his confidence regarding the progress achieved in the Brussels Group talks, following the conclusion of the emergency EU Summit that was called to address migration.

Regarding the talks on migration, for which the Summit was called, Mr. Tsipras appeared pleased about the Summit’s decision to increase the funding that will go towards tackling illegal immigration. Aside from meeting with German Chancellor Angela Merkel, the Prime Minister also met with French President Francois Hollande and European Commission chief Jean-Claude Juncker.

Mr. Tsipras reported that in his meetings on the sidelines of the Eurogroup he exchanged opinions and discussed the progress that has been achieved in the negotiations so far. The Greek PM told journalist that he was confident and that the two sides were “closer” than previously.

Amongst the EU’s immediate actions is to triple the funding the for search and rescue operations in the Mediterranean Sea, within the framework of the Frontex Joint Operation “Triton”. Funding each month may reach 9 million euros. The EU will also attempt to target and destroy vessels used by human traffickers, with respect to international law.

The EU will also work towards developing cooperation with third countries, from which many migrants being their perilous journey to Europe, such as Libya. German Chancellor Angela Merkel did not rule out the possibility of further increasing EU funding for the operations in the Mediterranean Sea, should it be deemed necessary.