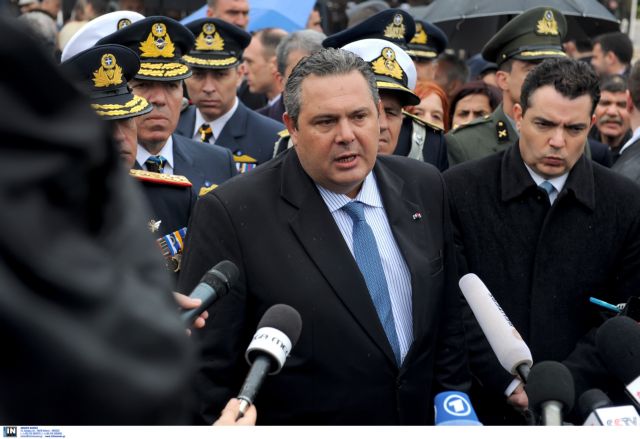 The Minister of National Defense Panos Kammenos has gone on the offensive and warned Brussels and Berlin to stop “meddling into [Greek] domestic affairs”, or risk destabilizing the euro and Greece’s ability to keep jihadists from heading to the heart of Europe.

The outspoken Minister argued that “Europe must realize that maintaining Greece stable, the West front against the Islamic State (ISIS) is safe. But if expelled or forced out of the Eurozone, waves of immigrants without papers, including radical elements will stream from Turkey, heading towards the heart of the West. If these waves of immigrants increase, then the threat of incoming extremist elements will grow not for Greece but for the whole of the West”.

Mr. Kammenos, who made the comments in an interview to British newspaper The Times, accused Brussels and Berlin of “unethical and dangerous” practices and “bullying Greece”.

SYRIZA MEP Dimitris Papadimoulis reacted to the comments and tweeted that the “jihadist threats” are “not helpful at all” during the government’s critical negotiations with its creditors.