School bullying and violence are on the rise in Greece 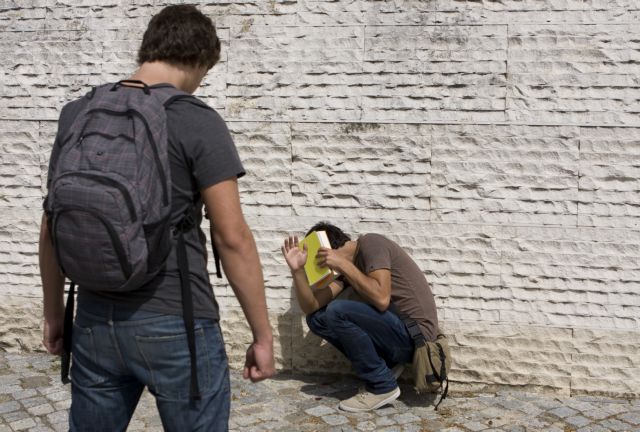 A survey by the Children’s Smile charity has revealed that the world-wide phenomenon of bullying has escalated in crisis-stricken Greece in recent years. On the 6th of March, the National Day of Action against Bullying and Violence is celebrated in Greece, where teachers, students and parents are called upon to exchange opinions, beliefs and experiences, while working towards tackling the phenomenon.

According to the aforementioned survey, 6.3% of teenagers in Greece have been the victims of online bullying in the past four months, while 3.6% declared that they became bullies themselves. About 42% of teachers believe that instances of bullying and violence in schools are often downplayed or covered up. Only 1 in 10 children experiencing some form of abuse receive the necessary support in Greece.

Regarding school bullying, Greece comes fourth, behind Lithuania, Estonia and Latvia. While cyber bullying is a problem in Greece, the more traditional forms of bullying and intimidation are prevalent.

In Europe 55% of children have reported that they were intimidated to the point where they experienced symptoms of depression, while more than a third claimed to have self-harmed or considered suicide. The British BeatBullying group reveals that 34% of adults consider bullying a “natural aspect” of child’s development.

In the USA, 28% of students aged 6-12 have experiences intimidation, which 70.6% stated that they have witnessed bullying in their schools. Only 20% to 30% of bullied students informed an adult, according to the StopBullying.org group.

The Ministry of Education has called school counselors, principles and education directors to actively participate in activities that aim to raise awareness and prevent instances of school violence and bullying. Schools must dedicate time to discussions and events, such as watching films, presenting books, attending speeches and experiential seminars.