The Golden Dawn MP Ilias Kasidiaris will be taken to court today, where he will address grievous bodily hard charges, in the… 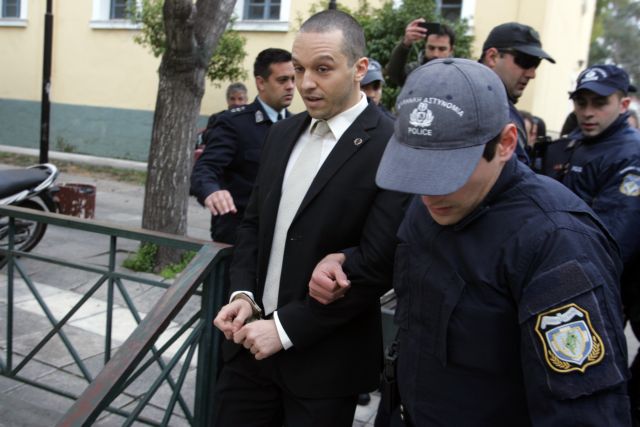 The Golden Dawn MP Ilias Kasidiaris will be taken to court today, where he will address grievous bodily hard charges, in the trial for his assault against KKE MP Liana Kanelli.

The neo-Nazi MP attacked Mrs. Kanelli during a television show in June 2012; first he threw a glass of water at current District Governor of Attica Rena Dourou – when she commented that Golden Dawn is taking Greece 500 years – and then slapped Mrs. Kanelli when she reacted. Kasidiaris disappeared immediately and later reemerged from hiding by pressing charges against his two victims.

Mrs. Kanelli told the court that she “was punched four times in the face” and that she tried to not fall down “to avoid the embarrassment”. She further explained that she did not file a complaint against Kasidiaris because “that act in itself is humiliating”. During her testimonial, supporters of the neo-Nazi party yelled slogans against her and caused a fuss.

Television presenter and journalist Giorgos Papadakis testified that after the Golden Dawn MP carried out his assault, he began threatening the television station’s crew members and employees, while taking pictures of the program’s producers. He also told the court that Kasidiaris called his “leader” requesting “back up”.

The chief editor of Mr. Papadakis’ program, Antonis Papadakis, testified that as soon as he saw what was going on, he headed to the set. There he saw the Golden Dawn MP using his elbows to hit anyone who stood in his way, as he was trying to leave.

The Golden Dawn MP was also in court on Thursday for the Takis Baltakos video scandal, where the previous government’s General Secretary was videotaped making disparaging and controversial comments about the government and justice system.

The courts allowed Kasidiaris bail, but he was promptly taken back to prison as he faces other serious charges.