After much deliberation, the coalition government announced that Prokopis Pavlopoulos is going to be its candidate in the… 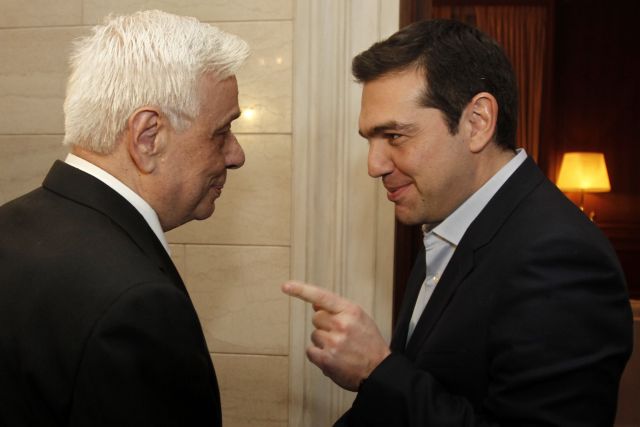 After much deliberation, the coalition government announced that Prokopis Pavlopoulos is going to be its candidate in the Presidential elections.

Mr. Pavlopoulos met with Prime Minister Alexis Tsipras on Tuesday evening and told journalists of the need for a common struggle so that Greece could get out a rut and for the European envisioned by its creators.

The Presidential candidate thanked Mr. Tsipras for the chance to contribute towards these goals and argued that Europe has lost a great deal of the principles and values upon which it was founded. The roll call vote for President has been scheduled to take place at 19:30 on Wednesday in Parliament.

New Democracy announced that it was going to support Mr. Pavlopoulos’ candidacy, noting that he is “a historic party member” who is “eminently an Europeanist and a moderate politician”. New Democracy’s spokesman Kostas Karagounis added that the Samaras government candidate – Stavros Dimas – was also a moderate political and aware of European matters.

The River and PASOK to support Nikos Alivizatos

The leader of The River Stavros Theodorakis announced that his party would propose the professor of Constitutional Law Nikos Alivizatos for the Presidency, explaining that he is a renowned scientist and active citizen who has transcended political formations. PASOK has also agreed to support Mr. Alivizatos’ candidacy.