More delays in the announcement of the Presidential candidate 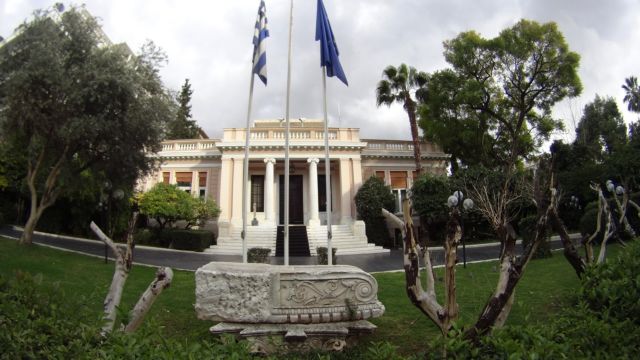 The announcement of the government’s Presidential candidate was initially scheduled for Sunday evening – preparations had been made for Prime Minister Alexis Tsipras to make the announcement himself – however it has been postponed for Tuesday, when SYRIZA’s parliamentary group is to convene.

Government spokesman Gabriel Sakellaridis explained that the announcement has been delayed due to the critical Eurogroup session on Monday, however it appears that objections within SYRIZA have caused the delay. European Commissioner and veteran New Democracy officer Dimitris Avramopoulos has been considered the likeliest candidate for the position, but there has been major resistance within SYRIZA, which is not limited to the party’s “internal opposition”, the Left Platform.

On Sunday afternoon the Prime Minister Alexis Tsipras spoke with Independent Greeks president Panos Kammenos, who is rumored to have proposed another New Democracy officer for the position, Dora Bakoyanni. Mr. Tsipras later spoke with the Minister of Productive Reconstruction, Environment and Energy Panagiotis Lafazanis. A senior government source reported that there was “a long way to go” before concluding.

The PM also spoke with the president of the European Commission Jean-Claude Juncker, who appears negative towards the prospect of Mr. Avramopoulos running for President. Given the fragile relationship between Athens and Brussels, Mr. Tsipras is considering other options, primarily from the center-right. Many SYRIZA officers however feel that the President should either come from the left or be an intellectual.