Lafazanis: “The memorandum and the troika are finished”

“The memorandum and troika are finished. The election campaign program of SYRIZA will not be chopped. Greece is not a… 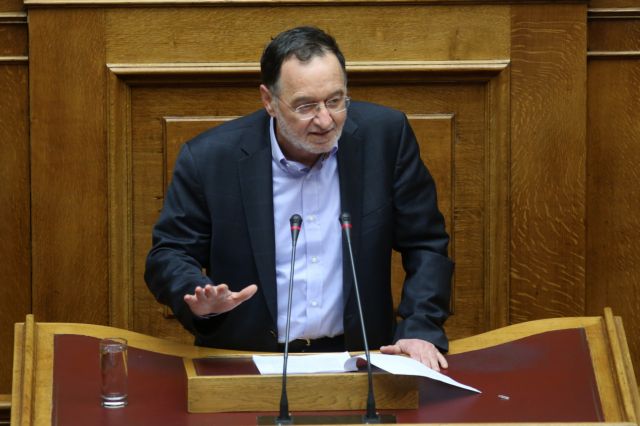 “The memorandum and troika are finished. The election campaign program of SYRIZA will not be chopped. Greece is not a protectorate”, Deputy Minister of Productive Reconstruction Panagiotis Lafazanis stated during the presentation of the government’s policy statements in Parliament.

“If the major players in the European Union think they can blackmail us they must know they are messing with the wrong country, people and government”, the minister added, stressing that the Greek government will not be blackmailed as it has the Greek people to support it.

He estimated that Europe will either change or will not have a future and that maintaining the Greek government’s current program will not only bring a win for the Greek people but also hope across Europe.

He stated that the crisis was born in the US but has not expired and is hitting the Eurozone that has «become the most problematic area of the global economy«.

Lafazanis repeated that the further privatization of DEI (Public Power Corporation SA) and ADMIE (Independent Power Transmission Operator) will stop. “So far DEI was serving private interests. The goal now is to reduce the electricity prices to 40% for households and small businesses”.

He added that the Greek government will review the agreement regarding the area at Elliniko and will use all legal means against any gold investment in Skouries, Chalkidiki but will support the employees in the mines.