Tsipras: “Debate and consent, but without compromises” 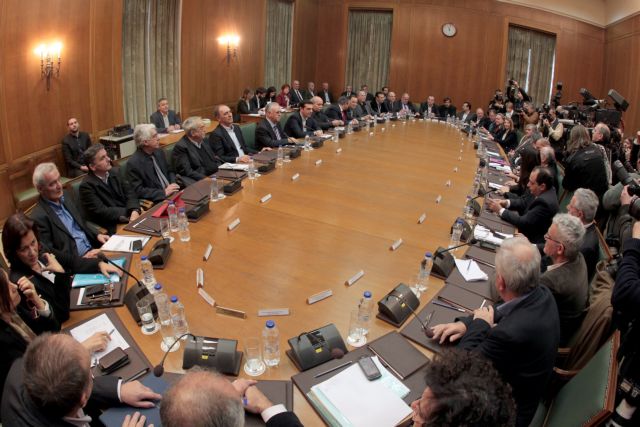 The Prime Minister Alexis Tsipras presided over the first ministerial council meeting of his government on Wednesday morning and discussed his cabinet’s immediate priorities.

According to Mr. Tsipras, these priorities include addressing the humanitarian crisis, supporting the economy, negotiating a fair and sustainable solution with Greece’s partners and clashing with establishment forces. Mr. Tsipras noted that “we will not be afraid of conflicts, we have no room for delays and mistakes”.

The overall goal of the government must be to restore the country’s credibility, dignity and sense of justice to the people: “We will walk steadily and surely and we will do everything that needs to be done through debate, but without compromises […] A government of social salvation has to face harsh reality and it will be inexcusable if it does not justify the people’s expectations. The responsibility is heavy, we will proceed with a plan, a strong will and the power of the fresh mandate from the people”.

“We are not coming to take over structures and enjoy privileges, but to radically changed how politics are exercised in the country; to put an end to the establishment of special favors and entanglement, the make the client state history, which served the speculative pursuits of the few and the expense of social interest” he added.

Mr. Tsipras maintained that “the power does not belong to us, but to the people who assigned it to us” and stressed that there will be “zero tolerance for phenomena of arrogance”, adding that “the people are suffering and they demand from us respect in every action and deed, to bleed in order to protect the people’s dignity”.

The Prime Minister reported that the smaller government with just ten ministries was not just a symbolic act, but rather the start of a greater, higher lever reform in public administration, which will aim to create a more efficient, collective and accountable state.