The River sets terms to back the new coalition government 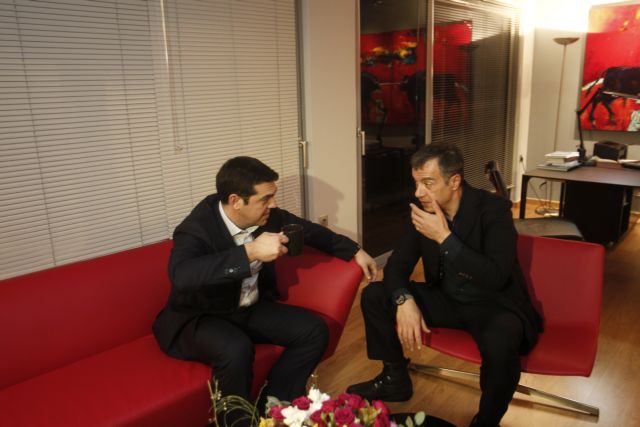 Prime Minister Alexis Tsipras invited the leader of The River Stavros Theodorakis to his office on Monday in order to discuss the possibility of an alliance.

Mr. Tsipras offered Mr. Theodorakis the opportunity to participate in the new cabinet, with the later refusing on the basis of his objection to the Independent Greeks and Panos Kammenos.

The two agreed upon the need for establishing a national negotiation committee for European affairs, which Mr. Theodorakis is willing to support, after he is informed of the new government’s goals.

Mr. Theodorakis stated that he is willing to support the government, on condition that the Greece’s Eurozone membership is not disputed. He is also in favor of developing justice, the welfare state and growth, which will not however be state-funded.