The acting Minister of Interior Giorgos Orfanidis visited the President of Parliament at 12:30 on Monday in order to inform him of… 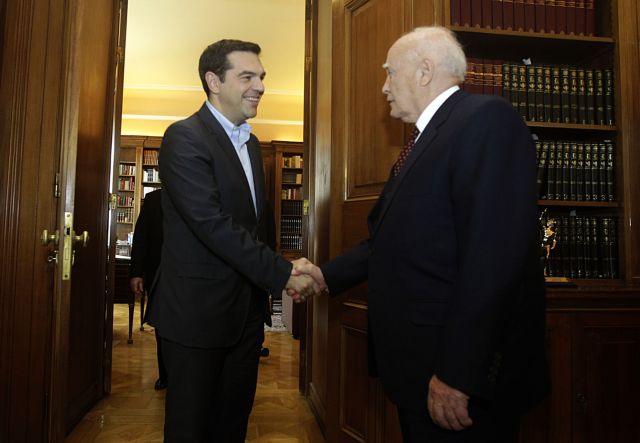 At 14:30 Alexis Tsipras has arranged to meet with the Archbishop of Athens Ieronymos and at 15:30 he is scheduled to visit President Papoulias, who will give him the mandate to form a new government.

After being sworn in as the new Prime Minister, Mr. Tsipras is scheduled to meet with the leader of The River Stavros Theodorakis. Mr. Tsipras has also expressed his desire to cooperate with the Communist Party.