The Ministry of Interior has announced its first official projection, which confirms that SYRIZA will win the 2015 general elections… 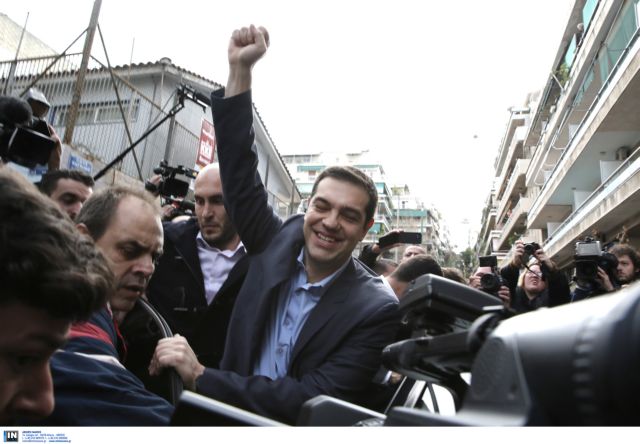 The Ministry of Interior has announced its first official projection, which confirms that SYRIZA will win the 2015 general elections, however it is not certain if it will have a majority in Parliament.

According to the Ministry’s official statement, which is based on results from about 20% of election polls, seven parties are to enter Parliament, with the Movement of Democrats Socialists not making the 3% threshold.

In order for SYRIZA to gain a majority in parliament (151 seats), it will have to receive at least 36.8% of the vote. The latest results from the Ministry of Interior (with 81.24% of results incorporated) are as follows:

An exit poll conducted by Kapa Research gives SYRIZA an 8.5 to 9.5 point lead over New Democracy, in what appears to be a major win for the Left in the 2015 general elections.

Based on Kapa Research’s exit poll, which was conducted for in.gr, tovima.gr, tanear.gr and the Vima 99.5 FM radio station, after analyzing 70% of the given data, it appears that the parties will receive the following number of seats in parliament:

The final results of the cross-channel exit poll are as follows: