With the general elections only a few days away, New Democracy has been escalating its election campaign and attempting to… 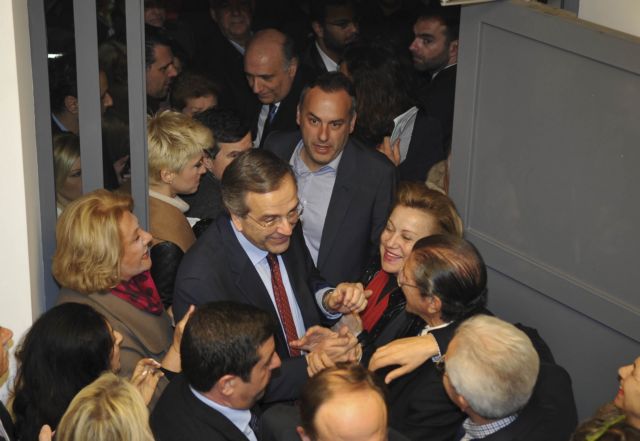 With the general elections only a few days away, New Democracy has been escalating its election campaign and attempting to attract voters by polarizing the debate and presenting major dilemmas. In its recent television adverts New Democracy claims that should SYRIZA win the elections there will be a suspension of pension and wages, banks will shut down and benefits will be withheld, among others.

Recent surveys show that about 11% of New Democracy voters in the 2012 elections are going to vote for SYRIZA, compared to only 1% to 2% of SYRIZA voters deciding to support New Democracy. The Prime Minister Antonis Samaras himself has adopted a hardline rhetoric, proclaiming that “we will not turn into a Soviet, we will not have communism!”, in an effort to sway undecided voters and rally support from the right wing.

While New Democracy’s staff has focused on deconstructing SYRIZA’s ambitious plans, should it rise to power, the main problem appears to be that the conservative party cannot convince voters. While moderate voters may ultimately opt to support New Democracy, Antonis Samaras’ party may alienate them by presenting more extreme and polarizing views.

As such, Mr. Samaras is attempting to present himself as the guarantor of stability, but stressing that his main objective is to secure the Greek banking system and economy. Mr. Samaras will close his election campaign with a campaign rally at the Tae Kwon Do stadium in Athens on Friday.