One of the sins of [recently sacked ex-agriculture minister] Spilios Livanos and [Sparta mayor and former ND minister] Petros Doukas was that they broke – laughing and in a carefree manner] the code of silence surrounding the Karamanlis government. 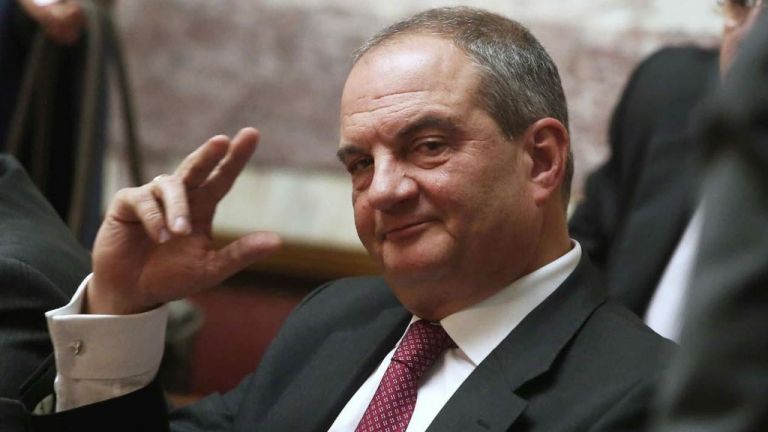 Let us admit it. One of the sins of [recently sacked ex-agriculture minister] Spilios Livanos and [Sparta mayor and former ND minister] Petros Doukas was that they broke – laughing and in a carefree manner] the code of silence surrounding the Karamanlis government.

It is the government we never discuss.

Ruling New Democracy simply stated that “these comments [in which Doukas said that ND before the 2007 general election bought off voters by handing out compensation money right and left after the deadly Ilia wildfire and thus turned the tables and won the election] are historical lies”.

For its part, SYRIZA issued an artful press release, without at all referring to the substance of the allegation or to the individuals involved.

History, however, has judged, and the numbers do not lie.

Although no serious person denies that Greece had allowed dysfunctions to fester for years, a mere glance at the course of public debt and of deficits demonstrates that they skyrocketed in the 2004-2009 period [on Karamanlis’ watch].

We all remember what followed.

During the harsh years of Greece’s bailout memorandums, SYRIZA’s narrative placed the blame on PASOK – from the administrations of Costas Simitis to that of George Papandreou – and kept mum on the record of the Karamanlis government, as if it never existed.

From a cynical point of view, that was a logical choice. SYRIZA leader Alexis Tsipras consciously chose to form a coalition government with the Independent Greeks and appointed top cadres from Karamanlis’ wing of New Democracy to key posts, from that of President of the Republic to the judiciary.

New Democracy, however, has nothing to gain any more from denial and silence.

If the objective of the current party leader is indeed not to relive situations that brought us to the brink of economic disaster, it would be well for him to confront recent history courageously.

That is not in order to collectively “crucify” people, but rather because admitting mistakes is the first step that must be taken in order not to repeat them.