The Return of George Papandreou

The return of Papandreou (because that is what it is about) concerns SYRIZA openly and intensely, but maybe it should also concern the tenants of Maximos Mansion … 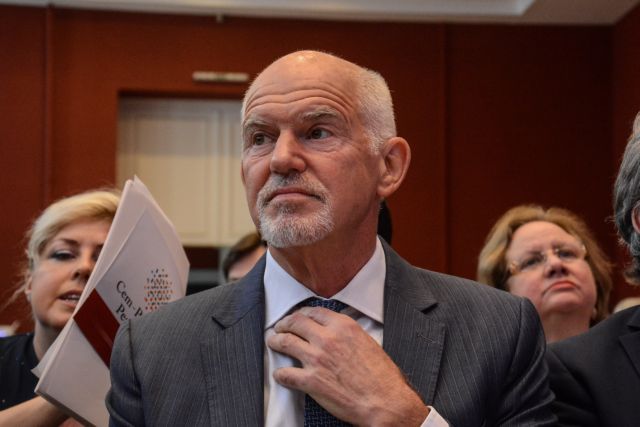 Now that George Papandreou is returning to the central political scene, the winner of the 2009 elections with a percentage that would be envied by his political opponents (PASOK 43.92% and 160 seats, second party ND with 33.47% and 91 seats), inevitably our mind goes back to that time and the bleak years of the memoranda that followed. Who can forget the slogan “There is money”, the fatal Minister of Finance George Papakonstantinou, the speech at Kastellorizo ​​for the appeal to the IMF and finally the bankruptcy of the country and the dissolution of PASOK.

The sadder the past can be, the more gray and dark moments the story of George, AKA Giorgakis, AKA GAP can bring to mind, as everyone wants to call Andreas’ son, Georgios Papandreou’s grandson.

I wonder, however, how after so much suffering, George Papandreou is still liked – perhaps one of the most likeable politicians – by ordinary citizens and how he feels when he returns to the desolate Papandreou political house.

There is no easy answer… Some say he is favored by the political situation, others that he is a good lad and that he was wronged, but most answer: We were disappointed by others (politicians).

And how can they not be disappointed when, almost ten years after Papandreou’s resignation, the country lived through two more memoranda (with more fanatical supporters from other parties) and the era of the great about face of SYRIZA, which proved to the public that evenif Papandreou wanted to move in some other direction, he could not.

For all these reasons, the return of Papandreou (because that is what it is about) concerns SYRIZA openly and intensely, but perhaps it should also concern the tenants of Maximos Mansion 9ie the PM’s office).