In her remarks Christine Lagarde spoke of her institutional role and of challenges that can potentially be raised by national judges not supportive of EU law and rules. 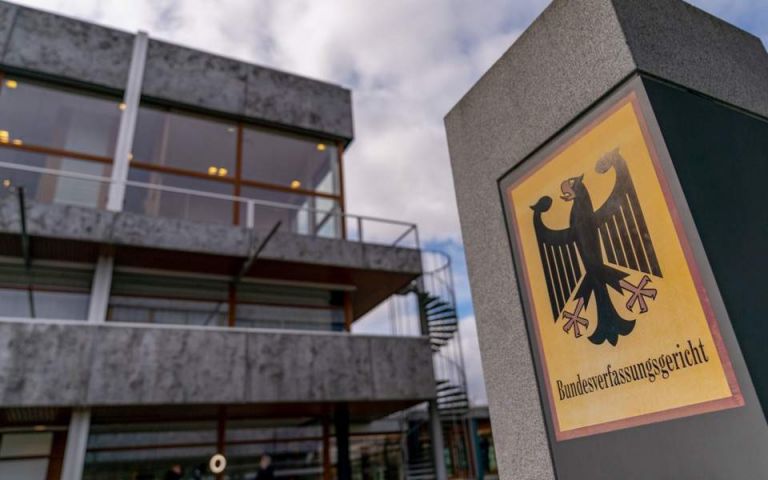 While all of Europe is taking a socio-economic beating the German Federal Court of Justice opined that the bond-buying programme of the European Central Bank that emerged after the last debt crisis is in part unconstitutional and touches on the principles of the German (Federal) Constitution.

The current crisis is threatening to tear apart the European construct and project.

The High Court delivered its decision at a moment when the next and largest ECB bond-buying programme to address the problems borne of the coronavirus public health-economic crisis is being launched.

Though it may not raise significant obstacles it lays the groundwork for a dispute over the planned decisive intervention to save those European economies that are being decimated by the pandemic and its aftermath.

The ECB’s Board avoided addressing the top German justices directly but the halls are all abuzz at the Bank’s Frankfurt headquarters.

ECB chief Christine Lagarde’s team is fuming over the Federal Court of Justice as they see it overstepping its bounds.

Lagarde cited the fact that the German Bundestag has approved the independence of the European Central Bank.

In her remarks Lagarde spoke of her institutional role and of challenges that can potentially be raised by national judges not supportive of EU law and rules.

Some ECB officials say that Germany had thus adopted a populist stance thinking only of German depositors who are supposedly threatened by the EU’s monetary policy and losing from current negative returns.

Notably, the German High Court does not take into account European needs and principles.

When that happens in the Supreme Court of the supposedly most rational EU country which also is the predominant power in the Union
German institutional organs send the wrong message at a difficult juncture for Europe.

Governments of other EU countries can make it clear to Merkel that enough is enough!

Either Germany will truly support the European construct or it will lose it.

Then we will see what Germany will do when there is no open and free European internal market.