Capital controls within Greece to be lifted, after three years

Bank managers say that the biggest, longstanding problems is that citizens are draining their bank accounts in order to pay exorbitant taxes and insurance contributions. 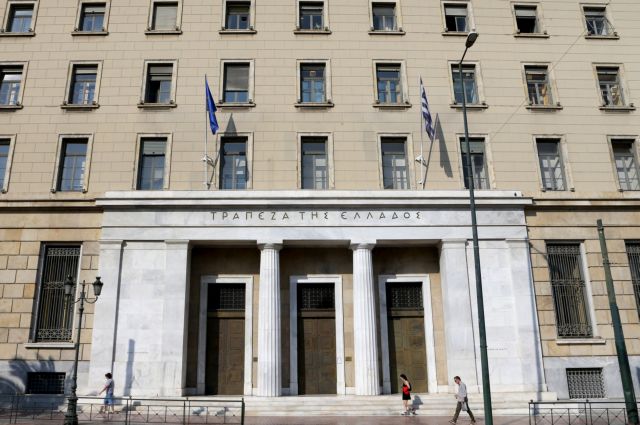 The capital controls imposed in June, 2015, when Greece’s second bailout programme ended without renewal, are about to be lifted, as the existing 5,000 euro withdrawal limit no longer makes any sense, given the fact that the limit exceeds by far the needs of most depositors.

At the same time, the managements of banks are highly concerned about the slow pace of increases in bank deposits.
Beyond the linkage between the flow of deposits and capital controls, bank managers say that the biggest, longstanding problem is that citizens are draining their bank accounts in order to pay exorbitant taxes and insurance contributions.

The government’s decision to proceed with a further loosening of capital controls will take effect once it is published in the Government Gazette, probably within the day, and the changes in the limit on withdrawals abroad will take effect on 1 October.The decision will free up the movement of capital domestically for both individual depositors and businesses.
The provisions in the decision are as follows:

• Limits on withdrawals of cash in Greece will be entirely abolished. The current limit is 5,000 euros monthly, but banks’ data show that the overwhelming majority of withdrawals do not exceed 1,000 euros. The level of deposits has risen since the withdrawal limit was increased from 2,400 to 5,000 euros in June.
• There will no longer be any limits on withdrawals via credit cards or pre-paid cards.
• There will be a 5,000 euro limit on withdrawal abroad, which includes withdrawals via credit cards and pre-paid cards issued in Greece.
• The limit on the amount of cash carried by Greek citizens traveling abroad will increase from 3,000 to 10,000 euros.
• For businesses, the limit on the amount transferred abroad, in the context of their business activity, will rise from 40,000 to 100,000 euros, per transaction, per client, per day.
• There will be no limit on the transfer abroad of profits on investments made in Greece. For sums from profits and dividends deriving from investments in Greece, depositors can transfer to a bank account in their name abroad 100 percent of the initial investment per year. The provision applies only to investors who wired the capital from abroad to a bank account that they maintain in Greece.
• Payments or payments in full of cheques and letters of credit in cash will be allowed. Until now, they could only be deposited in a bank account.