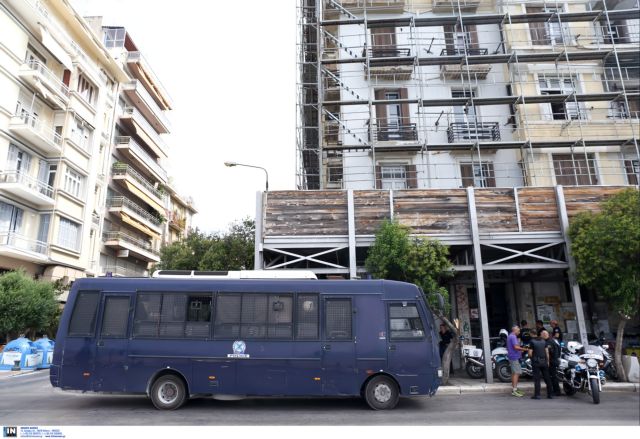 A major police operation was carried out on Wednesday morning to evacuate three occupied buildings that had been squatted by anarchist groups.

Two of the buildings are state owned – a former orphanage and the Mandalidio convention center – while the other is a privately-owned building in the city center.

About 100 people who were inside the buildings at the time of the operation, have been detained, with 74 of them eventually being arreted.

In response anarchists have occupied the central offices of SYRIZA in Thessaloniki and have called for everyone detained to be released by noon. They have also called for the orphanage building to not be knocked down, as there is a large quantity of food, clothing and medicine, which is intended for refugees and migrants.