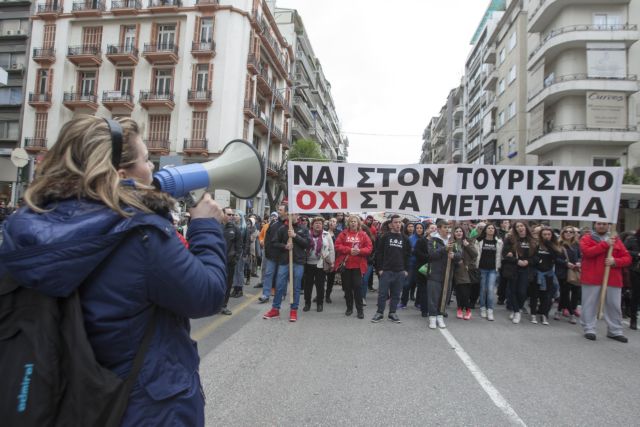 The trial of 21 people accused of carrying out attacks against the controversial mining investment in Skouries back in February 2013 has been postponed to the 13th of March 2017, due to the ongoing lawyer strike.

A demonstration organized by local resident in Halkidiki in support of the 21 defendants began on Wednesday evening in Thessaloniki – where the trial will take place – and culminated with a march to the courthouse on Thursday mornig.

According to the case file, the 21 are accused of forming a criminal organization and carrying out a series of felonies, such as arson, attempted homicide, unlawful possession of explosive materials and others.

All 21 defendants, who are local residents in northeast Halkidiki and have participated in the protests against the mining investment, have rejected the charges. Four of the defendants were initially detained, but were later released on bail.