Gabriel: “We must help Greece reduce its debt burden” 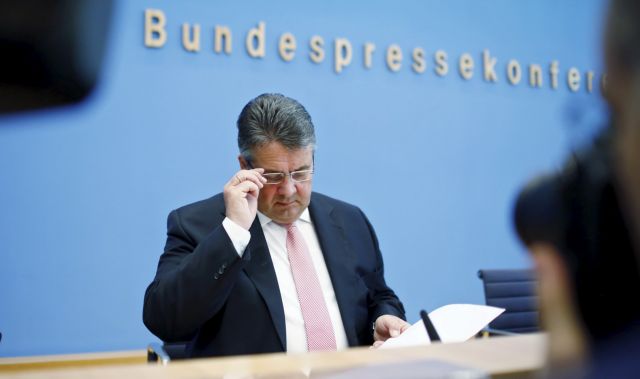 The Vice Chancellor of Germany Sigmar Gabriel has argued that the Greek economy cannot endure any further austerity and that the debt must be reduced.

Ahead of Monday’s critical Eurogroup meeting where Greek debt relief will be debated, the German Vice Chancellor and SPD chairman warned that further austerity will negate the recent financial recovery efforts.

According to Mr. Gabriel “a step must finally be made at today’s Eurogroup meeting in Brussels to move towards a situation where Greece doesn’t have to fight every year again to get new loans in order to repay old loans”.

These statements reveal the split within the German coalition government over Greece, since Finance Minister Wolfgang Schäuble recently claimed that the Greek is sustainable and as such does not need any relief.