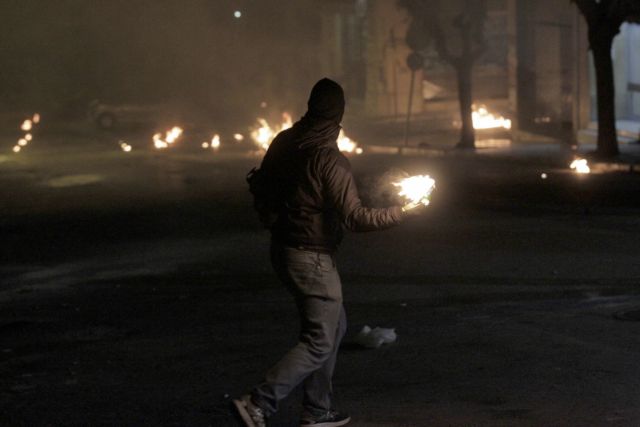 A group calling itself Anti-statist Makhnovists has claimed the responsibility for an assault with petrol bombs against the MAT riot police units stationed outside the Turkish consul in Thessaloniki last Sunday.

According to a statement issued by the group on an anarchist website, the attack was a response to “the police state and the state violence of authority”. They also clarified that their attack was unrelated to another similar attack carried out by anarchists.

Furthermore, the group described the attack and noted that about 60 people were involved and threw about 40 petrol bombs, rocks and fire works towards the police.