Tension and clashes with police at farmer rally in Athens

About 8,000 farmers from all over Greece are attending a rally on Syntagma Square in Athens, in order to demonstrate against… 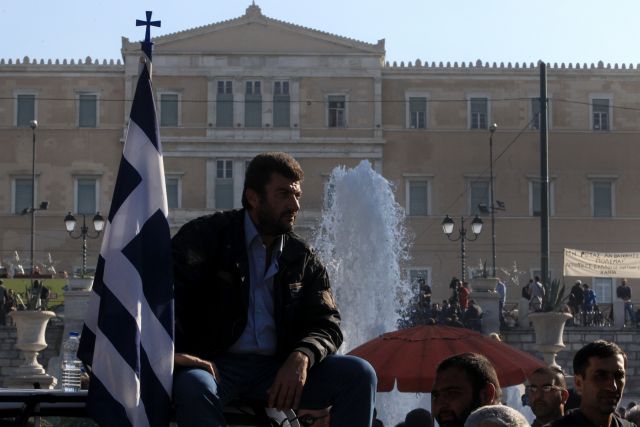 About 8,000 farmers from all over Greece are attending a rally on Syntagma Square in Athens, in order to demonstrate against taxation and the imminent pension system reform.

At around 12:30 tension was caused and the police clashed with protesters outside Parliament. According to reports the riot police units used tear gas to disperse a group of farmers who attempted to enter Parliament. Due to the clashes many roads in the city center have been blocked off.

The rally was planned for 11am at Syntagma Square in the city center of Athens on Wednesday, with over farmers, livestock farmers and fishermen from all over Greece attending. The demonstration has been arranged to protest the changes in taxation and imminent pension system reform, with farmer unions and federation stressing that they are facing serious financial problems as a result.

After the demonstration on Syntagma Square concludes, the protesters will submit a resolution to the Ministry of Finances and Parliament.