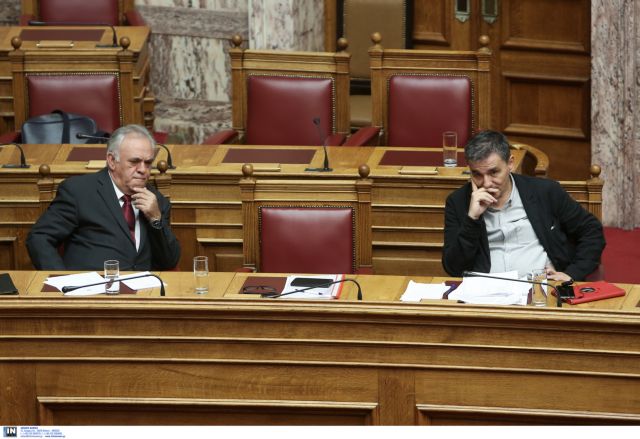 The Parliamentary Group of SYRIZA has convened on Wednesday morning in order to discuss the prior action bill which has been tabled in Parliament and which will be voted upon on Thursday.

Government Vice President Yannis Dragasakis and the Minister of Finances Euclid Tsakalotos are currently informing the SYRIZA MPs on the changes included in the bill.

The critical bill contains a series of prior actions agreed with Greece’s creditors which will unlock a 2-billion-euro tranche and a further 10 billion euros for the recapitalization of systemic banks.