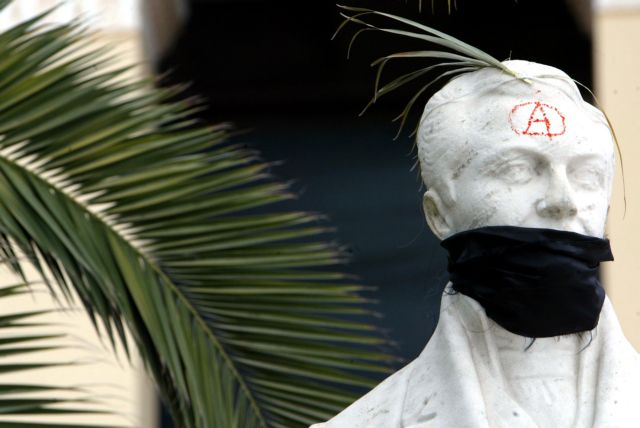 The ‘Rouvikonas’ anarchist group entered and smashed up the offices of the privatization fund TAIPED on Monday morning and posted a video of their assault on Youtube.

During their attack, the anarchists smashed up electronic equipment such as computers, laptops, printers and cameras, and destroyed documents.

In their statement the anarchists noted that the building’s security guards were held at the building’s entrance by another group and despite being under 24-hour surveillance by the police, they had no problem in “leveling” the entire floor, where TAIPED’s offices are located.

Video of the attack