Tsipras: “We are dealing with the refugee crisis on our own” 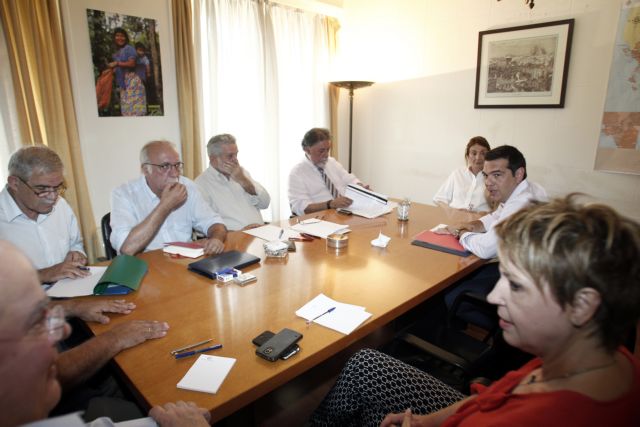 Following a midday ministerial meeting, the Prime Minister Alexis Tsipras underlined that the escalating migration crisis is critical matter affects the whole of Europe and not just Greece alone. PM Tsipras commented that tackling the issue will reveal whether there is a case for solidarity in Europe, or whether European solidarity is limited to «wishful thinking and borrowing with unfavorable terms«.

According to the Greek Prime Minister, coordination with Turkey is necessary, as there are about 2 million refugees in the neighboring country hoping to travel on to Europe. Similar talks need to be carried out with authorities in Syria and Libya. The Greek Prime Minister further noted that Greece is experiencing “a crisis within a crisis”, with the inflow of refugees exceeds the country’s capabilities and called for the immediate support of the European Union.

The United Nations’ Refugee Agency (UNHCR) has carrid out studied and found that by the end of July 124,000 refugees were documented in Greece (98,000 in neighboring Italy). In July alone a total of 54,889 migrants were rescued in the Eastern Aegean. The Hellenic Coast Guard also announced that in July a total of 47 human traffickers were arrested and 158 vessels seized.

Prior to the meeting, the Greek PM contacted the European Commissioner for Migration, Home Affairs and Citizenship Dimitris Avramopoulos regarding financial assistance to address the refugee crisis. The Kathimerini newspaper reported that Mr. Avramopoulos took the initiative to dispense 4% of the funding for the next six years and 3% for actions in 2015 towards Greece, as soon as the relevant national management body begins to operate. This body will have to demonstrate how the funding is used.