After securing the Greek Super League championship earlier in April, Olympiacos also won the Greek Cup on Saturday after… 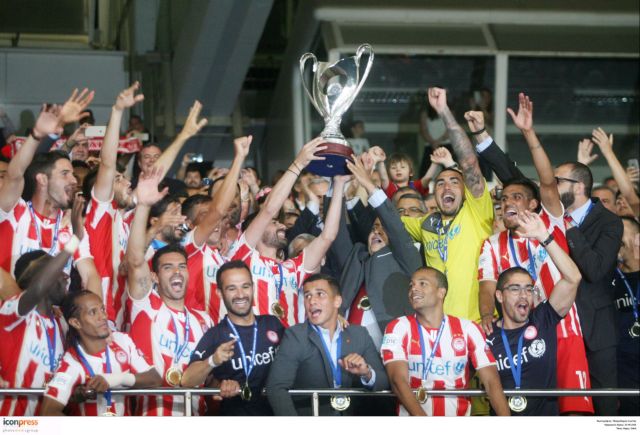 After securing the Greek Super League championship earlier in April, Olympiacos also won the Greek Cup on Saturday after defeating Skoda Xanthe 3-1 in the final that was held at the OAKA stadium in Athens.

The “Reds” started off strong in the game, however the defensive line of Xanthe rose up to the demand and managed to keep Olympiacos at bay. A foolish mistake however by Xanthe defender Manolis Bertos in the dying moments of the first half allowed striker Franko Jara (45’+) to put the “Reds” up ahead.

Olympiacos pressured for a second goal in the second half and star player Alejandro “Chori” Domínguez (63’) scored a magnificent goal, setting the foundations for his club’s 27th Cup. The reigning champions scored a third goal with a free kick by Kostas Fortounis at the 81st minute of the game, prompting fan celebrations to begin in the stands.

Skoda Xanthe valiantly carried on and managed to score a goal with Pantelis Kapetanos (87’) a few minutes later. This was the first final for the team from the north of Greece. Alejandro “Chori” Domínguez was declared MVP of the game.

In the Super League play offs, which will determine which teams will participate in the Champions League and Europa League competitions next season, Panathinaikos defeated Atromitos 2-0, while PAOK drew (0-0) with Asteras Tripolis in Thessaloniki. After two play off matches the “Greens” have a 4-point-lead over PAOK and hope to secure the ticket for the Champions League qualifiers.