Tsipras and Merkel to discuss mutually beneficial solution in Brussels

The Prime Minister Alexis Tsipras has arranged to meet with German Chancellor Angela Merkel in Brussels on Thursday, on the… 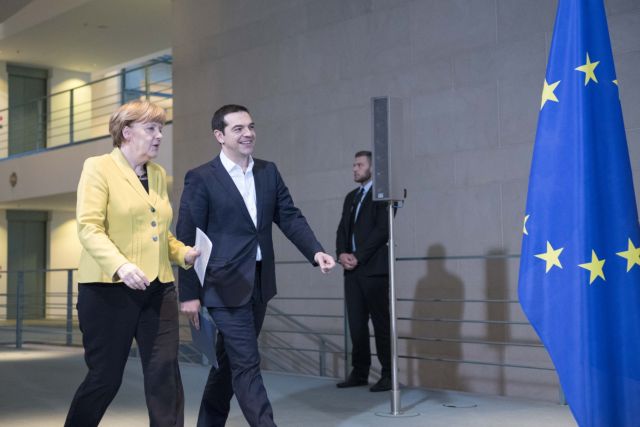 The Prime Minister Alexis Tsipras has arranged to meet with German Chancellor Angela Merkel in Brussels on Thursday, on the sidelines of the emergency Summit on immigration that was called in light of the recent tragedies in the Mediterranean Sea and the surge of migration towards Europe.

Government spokesman Gabriel Sakellaridis told Mega Channel that the Prime Minister would maintain the same stance he has kept in all his meetings with foreign leaders, namely for mutually beneficial solution.

Prior to the meeting in Brussels, Mr. Tsipras met with Finance Minister Yanis Varoufakis, to discuss his recent trip to the USA and his contacts with the IMF and US government. The Prime Minister will also be informed of all Brussels Group talks developments, in order to be prepared for his talks with Mrs. Merkel.

According to a Bloomberg report, the Mr. Tsipras is going to stress to the German Chancellor that the Greek government has kept its promises and expects its creditors to do the same. An unnamed Greek official is cited as saying that “failure to find a consensus would be viewed in Greece as a political event and would have to be dealt with in a political manner”.

The source further adds that has covered 70% of the distance and now the two sides (institutions and Greece) must meet half-way through the remaining 30%. The Greek government has officially disputed the reports that PM Tsipras will deliver an ultimatum to the German Chancellor.