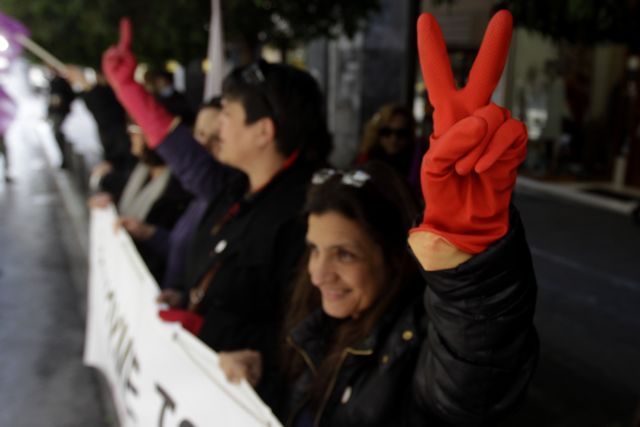 The rehiring of the Ministry of Finances’ dismissed cleaning staff will be reexamined by the Supreme Court on the 13th of October, after representatives both sides agreed to the adjournment.

Until the Supreme Court issues a final verdict on the controversial matter, the existing suspension of rehiring the dismissed cleaners will remain in effect.

The Alternate Minister of Administrative Reform Giorgos Katrougalos has committed to rehiring the dismissed cleaners, designating the case as one of the government’s “red lines” in its negotiations with creditors and partners.