With the general elections on the 25th of January quickly approaching and main opposition party SYRIZA leading the polls, New… 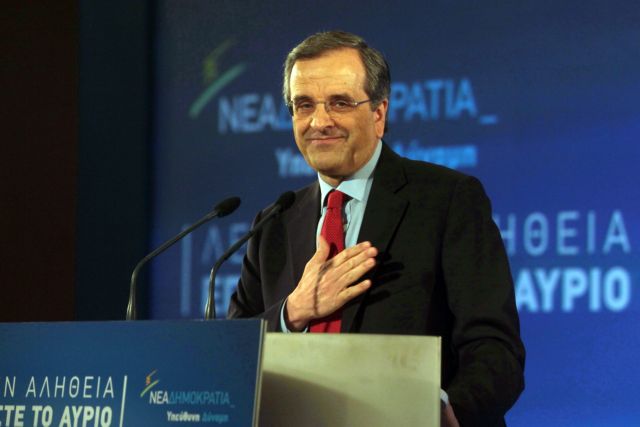 With the general elections on the 25th of January quickly approaching and main opposition party SYRIZA leading the polls, New Democracy has begun to intensity its election campaign by appealing to undecided conservative voters.

In his Monday evening speech in Giannena, PM and party leader Antonis Samaras called SYRIZA “an accident that will not happen” and stressed that a vote for the opposition is a wasted vote. Mr. Samaras wants to rally New Democracy supporters and attract undecided voters to sway the polls, however senior ND officers doubt this is possible without convincing arguments.

One of the arguments Mr. Samaras made a direct appeal to religious sentiment on Monday, when he stressed that he would not allow the taking down of religious icons from public buildings, such as Parliament, ministries and schools. Mr. Samaras also attacked SYRIZA’s migration plans and argued that “they want to give citizenship to illegal immigrants, and insurance cover and medical care”.

Meanwhile, New Democracy’s secretary Andreas Papamimikos reiterated his party’s polarizing election campaign dilemma, that in the upcoming elections “the Greek people will have to choose political stability or political and social chaos”.