Anyone lucky enough to be at the Peace and Friendship stadium last night was in for a treat, as Olympiacos spectacularly… 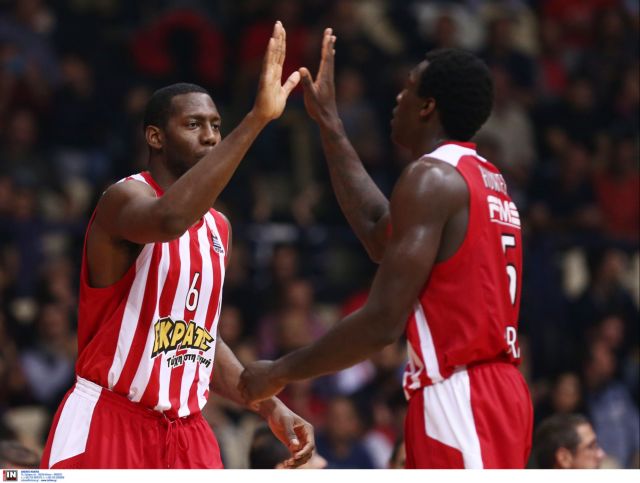 Anyone lucky enough to be at the Peace and Friendship stadium last night was in for a treat, as Olympiacos spectacularly defeated Galatasaray 93-66. This means that the “Reds” remain undefeated in the first round of the regular season.

Olympiacos had Othello Hunter (17 points and 10 rebounds), Vasilis Spanoulis (16 points and 7 assists) and Vangelis Mantzaris (15 points with 3/3 three-pointers) on a great day, while Carlos Arroyo (14 points) tried to keep the Turkish side in the game.

Early on in the game Olympiacos’ players asserted their dominance and by combining deadly accuracy and tough defense, the “Reds” quickly managed to take a comfortable lead. The first half ended with Yannis Sferopoulos’ players handing out a record 14 assists.

In the third quarter the Reds upped their pace in order to finish the game and increased the score difference to 16 points and Galatasaray was unable to keep up. The final quarter of the game was more procedural in nature, as Galatasaray was not in the position to fight back.

Prior to the start of the game, Vasilis Spanoulis was named Euroleague MVP for October.

Tonight, Greek A1 champions Panathinaikos will face Barcelona in Spain for the top of Group C (22:00).