Voridis to defend government in vote of confidence discussion 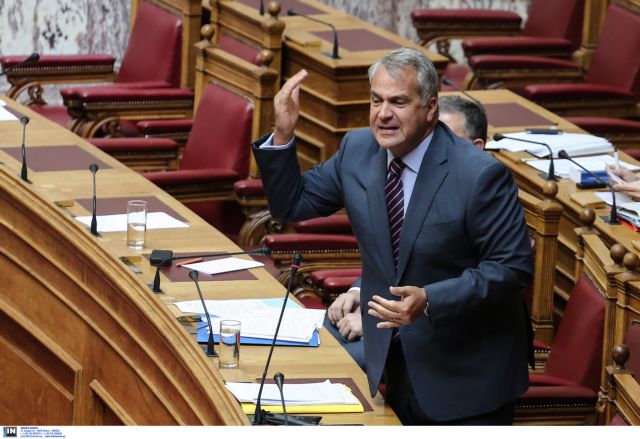 As expected on Monday, the coalition government submitted a proposal for a vote of confidence in Parliament, in an effort to…

As expected on Monday, the coalition government submitted a proposal for a vote of confidence in Parliament, in an effort to turn around recent polls showing both New Democracy and PASOK trailing behind SYRIZA, with the crucial debate set to begin on Friday.

While the Prime Minister Antonis Samaras was expected to appear in Parliament and make an introduction to the debate, Mr. Samaras decided to assign this role to the Minister of Health Makis Voridis. The selection of Mr. Voridis is indicative of New Democracy to escalate its clash with SYRIZA, as the Health Minister is known for his hard stance.

SYRIZA spokesman Panos Skourletis commented on SKAI that the Prime Minister’s absence from such an important session in Parliament was “unwarranted and offensive” and accused the Health Minister of being “the government’s far-right horn”. Mr. Skourletis argued that the 2015 budget draft is “fake to a large extent” and that it contradicts Mr. Samaras’ assurances of relief and easing austerity.

The government’s main goal is not only to secure a vote of confidence, but to galvanize support for the upcoming presidential election in 2015. The coalition government has 154 seats in Parliament and may receive a few additional votes from independent MPs, however it will need 180 votes in order to avoid early elections.