PASOK and DIMAR to debate possibility of a center left alliance 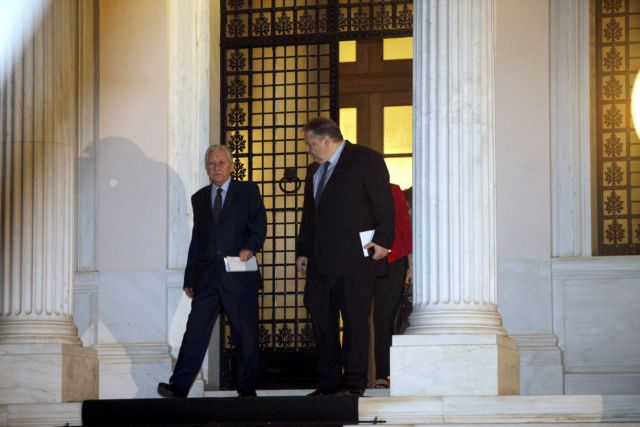 Representatives from DIMAR and PASOK have arranged to meet in Parliament at noon on Tuesday in order to discuss the possibility of a center left alliance. This is the first formal meeting between the two parties since DIMAR left the coalition government in 2013.

The discussions will not be easy, as each party has its own initiatives; PASOK is aiming to create a faction which will play an important role as a third political force, while DIMAR is also considering the a progressive alliance with SYRIZA.

The main points of agreement between the parties are leaving behind the rescue packages and seeking out alternatives to the troika’s reviews in an effort to provide relief to the Greek people. PASOK has argued against unilateral decisions that may shake the balance and stability.

PASOK’s Christos Protopappas further elaborated on Real FM and noted that his party is in favor of a “short, substantial and comprehensive” model of troika reviews and claimed that his party will not accept further interventions in labor and insurance matters.