With spike in cases and three million Greeks unvaccinated, wall of immunity expected at year’s end 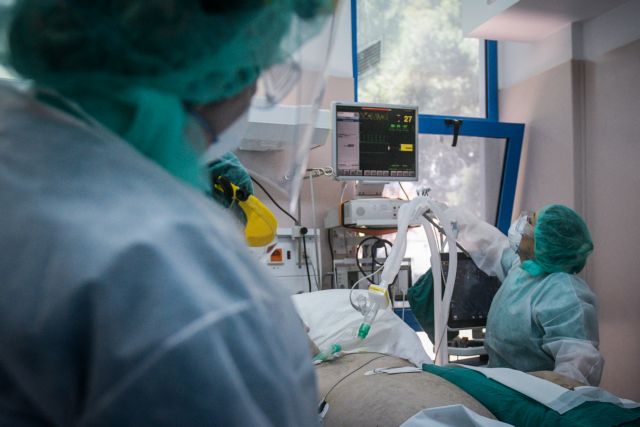 Aside from the fact that the unvaccinated are entirely unprotected in the battle against COVID-19, they obstruct the construction of a strong wall of immunity.

With the highly transmissible COVID-19 Delta vaccine spreading quickly, Greek epidemiologists and doctors are incessantly calling on citizens to be vaccinated as otherwise the majority of unvaccinated people will be infected.

Achilleas Gravanis, a professor of pharmacology at the University of Crete, recently made public analytical data and unsettling projections about the spread of the virus.

Gravanis said that that by the end of the year 35-40 percent of the unvaccinated population will have been infected. Of these cases, it is projected that 10-15 percent will be hospitalised and five percent will die.

The latest data indicate that about 48 percent of Greece’s population are fully vaccinated. Greek experts say that 82 percent of citizens must be vaccinated in order to build an effective wall of immunity against the Delta variant.

Aside from the fact that the unvaccinated are entirely unprotected in the battle against COVID-19, they obstruct the construction of a strong wall of immunity.

According to data from a survey conducted by the Pulse polling company in cooperation with the National Public Health Organisation, 3.1 million citizens have not booked an appointment for a jab.

The alarming div is that 40% of those survey have definitively decided not to be vaccinated, while 24 percent said they will do so much later.

The poll indicated that the Delta variant has substantially increased the fear of those surveyed. Sixty percent responded that they are either very concerned (32 percent) or quite concerned (28 percent).

That represents a sharp rise in the last two months. In a Pulse poll conducted between 31 May and 2 July, 49 percent were very or quite afraid.

Magiorkinis: Wall of immunity at the end of the year

While initial projections were that the wall of immunity will have been built by autumn, Athens University Medical School Professor of Virology Gkikas Magiorkinis – who is a spokesman for the National Committee on COVID-19 – recently stated that he expects that to happen at the end of the year.

Moreover, there is incontrovertible evidence globally that the unvaccinated will constitute the vast majority of cases that will require hospitalisation.

Nikos Tzanakis, a professor of pulmonary medicine at the University of Crete, told ERT state television regarding the situation at hospital nationwide that, “Right now, 95 percent of hospitalised COVID-19 patients and 100 percent of those who have been intubated are unvaccinated.”
Tzanakis and Patras University Medical School Professor of Clinical Pathology Charalambos Gogos told SKAI television that there is a 25 percent daily increase in the number of people who require hospitalisation.

Tzanakis underlined that for each person released from hospital daily, three are admitted.

Citing his own models and projections regarding the development of the epidemic, Tzanakis said a substantial increase in hospital admissions is imminent and that the daily number by early August could reach 300.

Moreover, Tzanakis said he projects a peak in cases in the current phase of the epidemic between 15-20 August.

Tzanakis told OPEN television that, “If we reach 500 admissions daily, things will be much more difficult and with such pressure [on the National Health System] emergency measures will be required.”

He said that whereas right now patients under 50 recover quickly and are hospitalised for a brief period, there are concerns that after the return of young people from vacation they may transmit the virus to family members. He also expressed concern about the quite recent rise in the number of patients requiring intubation.