Editorial: The Sirens of populism

The PM by avoiding promises of handouts freed his government from the usual electoral pledges and offered it reserves of tolerance and trust. 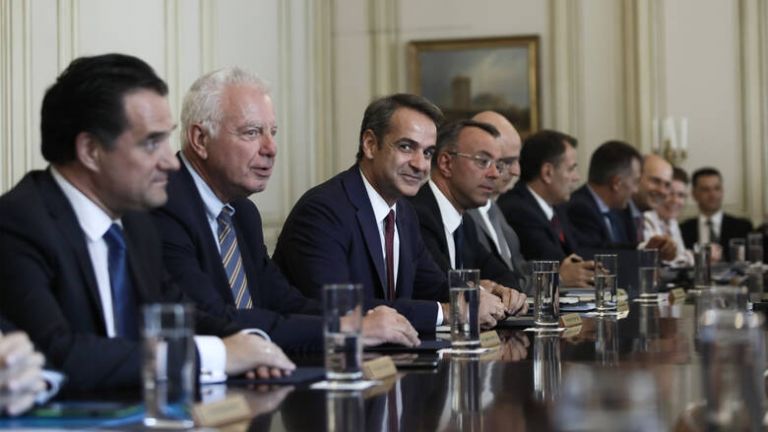 The prime minister often declares that he defeated populism at a time that it was growing throughout Europe and internationally.

He is obviously referring to the far right which threatened him with its nationalist diatribes and the left which governed and could through messages and handouts influence public opinion.

He himself assumed the responsibility and cost by avoiding pledges, a climate of handouts, and supplementing the income of electorally crucial social group and forces.

Indeed, by avoiding promises of handouts he freed his government from the usual electoral pledges and offered it reserves of tolerance and trust.

Still, there are certain types of vestiges of populism that remain in his government.

A number of ministers are behaving in a populist manner and do not hesitate to cultivate false hopes in citizens with all sorts of promises. A number of cadres that conduct politics argue and communicate in a similar manner.

Some are steadily on the television panels of populism and are prepared to unabashedly support “popular demands” manufactured by television hosts.

All citizens have seen these sorry performances of ministers who offer endless and vacuous pledges to create a sensation.

One characteristic case involves a minister who hastened to announce measures to bolster the income of large social groups before the cabinet discussed them and without having secured the necessary funds in the next state budget.

In this manner the government undermines itself, governance is impeded, and the victory declared by the PM is canceled.

Government ministers succumb to the temptation of fleeting publicity as they are charmed by the Sirens of populism.

They obviously do not understand that by engaging in the many forms of populism they legitimise it in the public conscience and bring it to the forefront through the back door.

It is the PM’s duty to protect himself and demand that his ministers stick to the government’s general direction.

Otherwise he may fall victim to the incompatibility of words and deeds which has long been the scourge of Greek politics.