Turkey’s state-run Anadolu Agency has reported that the officers have been charged with “attempted military espionage” by prosecutors, as well as “entering a forbidden military zone», but charges have yet to be formally filed after three weeks in jail. 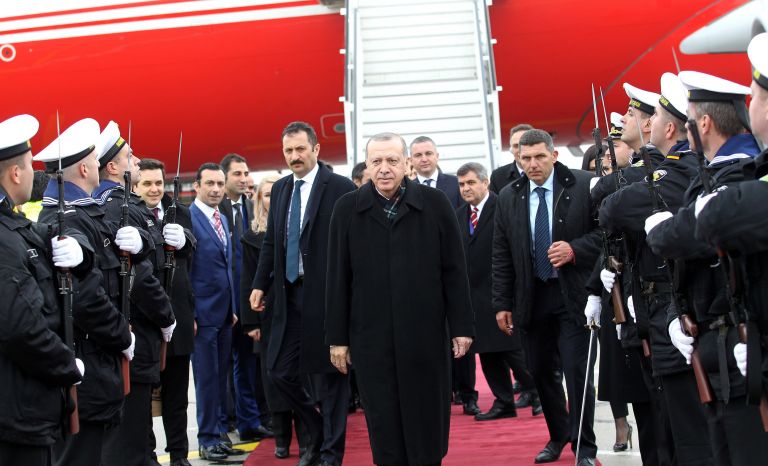 For one brief shining moment, the stern message of EU leaders towards Ankara had engendered a glimmer of hope for the release of the two captured Greek army officers who have been imprisoned in a top-security Turkish jail in Edirne for nearly a month.

Those hopes were unceremoniously dashed today by a Turkish judge, who again rejected the petition of the lawyers for the two officers that they be released from prison pending trial, once again on the grounds that they have no residence in Turkey and are liable to flee.

The lawyers have yet to be briefed on what charges might be filed against their clients.

Turkey’s state-run Anadolu Agency has reported that they have been charged with “attempted military espionage” by prosecutors, as well as “entering a forbidden military zone.”

That was reiterated by the Turkish daily Sabah (English Edition) today. “A judicial source told Anadolu Agency there is concrete evidence showing that the crime has been committed by the suspects, and the envisaged punishment for the act is 5 years imprisonment.”

The state-run Athens News Agency today indicated that the rationale for rejecting the request is that there is “palpable evidence and strong suspicions that those arrested have committed the offence on which they were charged”.

The problem with these reports is that charges have not been formally filed, and the officers’ lawyers have no idea what the charges may be, beyond illegal entry in a military zone.

The lawyers for the officers will file fresh objections to today’s ruling.

Juncker said that the Turkish side must make efforts to resolve the issue and that he hoped this could happen before Orthodox Easter, on 8 April.

Defence Minister Panos Kammenos this morning cited Juncker’s statement in expressing hopes that the entire affair may be resolved by Easter.