Demonstration against Islamophobia and burkini ban 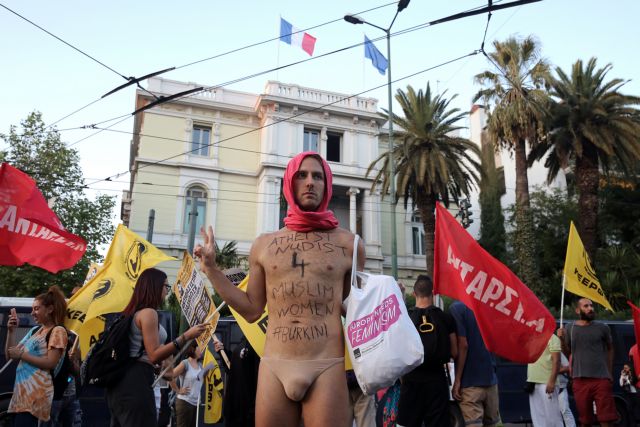 Anti-racist groups and migrant communities gathered on Syntagma Square on Tuesday in order to demonstrate against Islamophobia and the French government’s burkini ban. The demonstrators then marched to the French Embassy to protest.

According to the head of anti-racist group KEERFA Petros Konstantinou, the burkini ban is ban on the human right to be able to choose for oneself. A female student, who is part of the Pakistani Community of Greece, argued that “we must have the right how we dress and not the state”.

The demonstration saw the participation of ANTARSYA, KEERFA, the Muslim Association of Greece, as well as unions of the Bangladeshi, Egyptian, Pakistani and Senegalese communities of Greece.