Forest fires break out in Menidi, Aspropyrgos and Chios

Three major fires broke out in forests on Thursday evening in Menidi, Aspropyrgos… 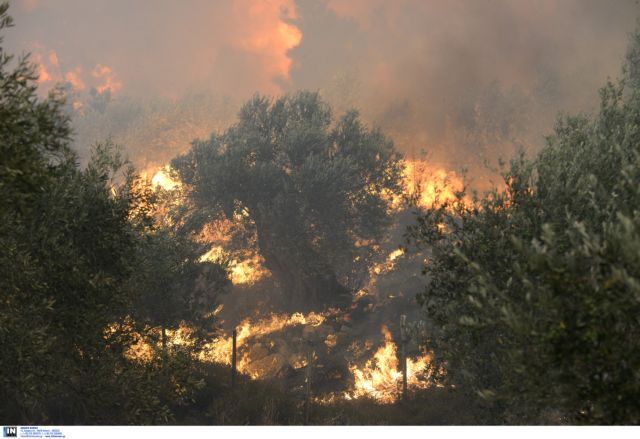 Three major fires broke out in pine forests on Thursday evening in Menidi, Aspropyrgos and Chios.

In Menidi the fire was fueled by the strong winds and has reached the local cemetery. The Fire Brigade has deployed 70 firefighters and is supported by local government. In the other fire that broke out in Attica, in Aspropyrgos, the Fire Brigade has committed about 100 firefighters, along with the two helicopters and four waterbombers to tackle the fire, which threatened isolated houses in the area.

The fire on the island of Chios has broken out in a forested area between the villages of Sidirousa, Katavasi and Managros. No residential areas are currently at risk, however the Fire Brigade decided to evacuate a scout camp in Managros. About 40 firefighters, local government and volunteers are trying to extinguish the fire.