Meimarakis reveals that he “was prepared for the defeat” 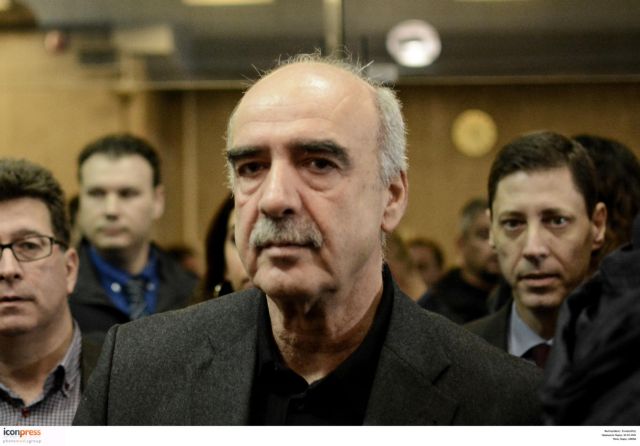 New Democracy MP Evangelos Meimarakis gave his first interview following Sunday’s party elections to Star Channel, where he revealed that he was prepared for a defeat and noted that he had no public relations manager or funding.

Mr. Meimarakis added that following the passing of his sister, he did not have the political stamina and conceded that he did not do as much as he could have done in the second round of elections. He argued that while it crossed his mind to drop out of the race, he chose not to do so because “the people would not understand”.

When asked about the outcome of Sunday’s result, Mr. Meimarakis claimed that he was not particularly bitter about his defeat, but estimated that the result would be different, if the elections had gone ahead on the 22nd of November, as initially planned. He also expressed his disappointment over the fiasco of the first failed attempt to hold the election.

During his interview Mr. Meimarakis commented that it was ‘no coincidence’ that the other three candidates – Kyriakos Mitsotakis, Apostolos Tzitzikostas and Adonis Georgiadis – were all present for the Theophany celebrations in Thessaloniki. He further elaborated that the accusations from his opponents that his candidacy was supported from SYRIZA was a “hit below the belt”.

Finally, given the high rate of support Mr. Mitsotakis received in Messinia, he questioned why the former party leader and PM Antonis Samaras did not simply appoint Mr. Mitsotakis as his successor directly. Mr. Meimarakis also argued that in the first round of elections Mr. Samaras supported all candidates apart from him.