Leventis: “Flampouraris is not against an ecumenical government” 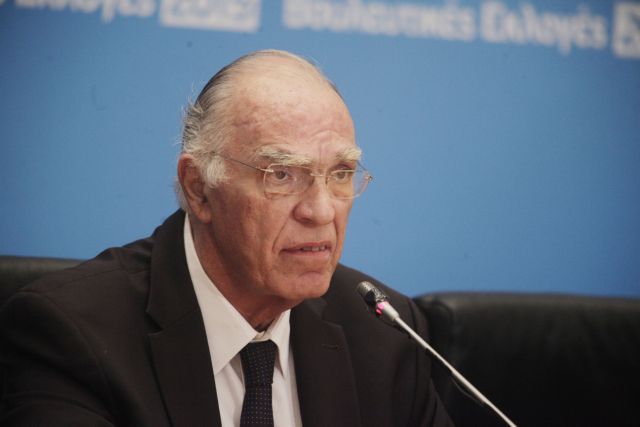 The leader of the Union of Centrists Vasilis Leventis claimed that State Minister Alekos Flampouraris is not against the formation of an ecumenical government.

Mr. Leventis also estimated in his Thursday morning interview on Mega Channel that the Prime Minister Alexis Tsipras is also in favor of this solution, but argued that the “hotheads in SYRIZA” oppose such a prospect, fearing that they may lose their power.

During his interview Mr. Leventis urged the Prime Minister to get rid of the “dead weight, otherwise they will drag him to the bottom of the sea”. Mr. Leventis clarified that he has not asked to join the government and that all he asks for is “a better, more serious government”.

When asked about the pension reform, Mr. Leventis commented that the government proposal was “incomprehensible” and “madness” due to the ‘zero deficit clause’ that is in place. This clause means that the government will not be able to support struggling pension funds, which will only pay out pensions based on their available funds.

Finally, Mr. Leventis opined that former MP Kostas Karamanlis is in touch with Alexis Tsipras, in spite of the denials. According to the Union of Centrists leader, Mr. Karamanlis is involved because he wants to see Greece remain in Europe and the Eurozone. He also estimated that New Democracy was wrong to reject any cooperation with SYRIZA, given that the circumstances may require such a development.