PAME plans demonstrations against the latest prior actions bill 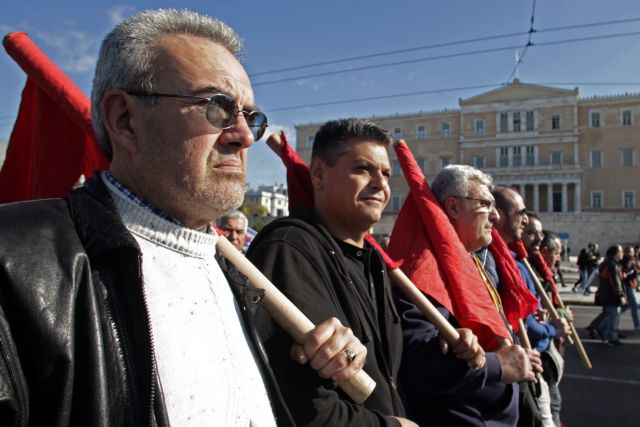 The All Workers Militant Front (PAME) has organized a series of protests to demonstrate against the prior actions bill for Tuesday, the day when the bill will be debated and voted upon in Parliament.

In Athens the PAME demonstration will take place at 6pm on Omonia Square, while in Thessaloniki the demonstration is scheduled at the Venizelos statue in the city center.

The Secretary General of the Greek Communist Party Dimitris Koutsoumpas will be present at the demonstration in Athens and is expected to comment on the bill.

PAME has also called unions to reach decisions on a new nationwide general strike that is being planned for January, on account of the pension system reforms.