Europa League: PAOK bows out with a historic away win against Dortmund

Thessaloniki-based PAOK may have failed to qualify to the next round in the Europa League, but managed to please fans with a… 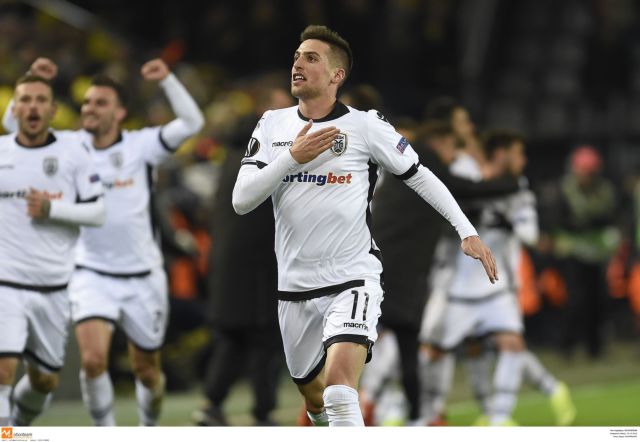 Thessaloniki-based PAOK may have failed to qualify to the next round in the Europa League, but managed to please fans with a historic 0-1 away victory against Borussia Dortmund.

PAOK took the lead in the first half thanks to a goal by midfielder Róbert Mak (33’) and managed to resist the pressure from the German side, which came close to equalizing the game on a number of occasions. Goalkeeper Panagiotis Glykos and second striker Yannis Mystakidis were among the instrumental players in PAOK’s victory abroad.

Asteras was trounced 0-4 from Schalke at the Theodoros Kolokotronis stadium in Tripoli. The German team essentially put an end to any hopes of a win early, with goals by Di Santo (29’), Choupo-Moting (37’, 78’) and Meyer (86’). Although the major defeat displeased the fans of the Arcadian side, Asteras has made strides in recent years and appears better each year in Europe.

While both Greek teams failed to progress to the knockout round of 32, Olympiacos will be among the teams in Monday’s draw, after finishing third in Group F. The ‘Reds’ will face one of Fenerbahçe, Sion, Borussia Dorthmund, Midtjylland, Villarreal, Marseille, Saint-Étienne, Sporting CP, Fiortentina, Anderlecht, Sparta Prague, Augsburg, Sevilla, Valencia, Galatasaray and Shakhtar Donetsk.