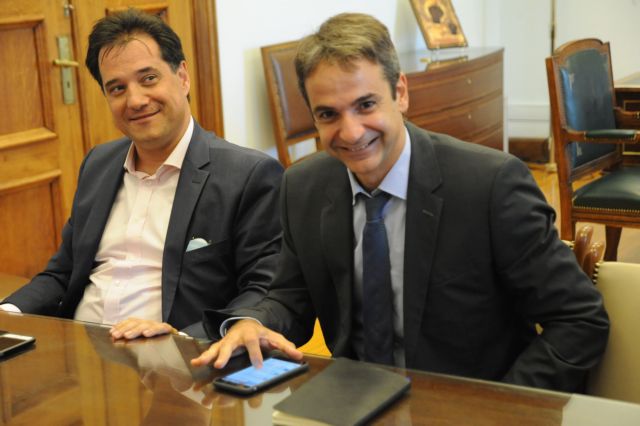 New Democracy MP Adonis Georgiadis dispelled rumors suggesting that he will pull out of his party’s presidential elections via a post on his twitter account on Wednesday.

In his tweet Mr. Georgiadis denounced the “fake polls” and “provocations regarding a withdrawal” and claimed that his opponents were afraid of his candidacy. The same rumor also suggests that Evangelos Meimarakis is intending to pull out of the election race.

Although Mr. Georgiadis has improved his standing in the race, recent polls show that he is still the outsider in the conservative party’s leadership elections, behind the aforementioned Mr. Meimarakis, Apostolos Tzitzikostas and Kyriakos Mitsotakis.

Mitsotakis confident of being in second round

Meanwhile, in an interview on ANT1 on Thursday morning, Mr. Mitsotakis express his certainty that he will be in the second round of the elections. He also estimated that none of the four candidates will drop out of the election and argued that they must ensure that the party does not suffer from the election process.

In his interview Mr. Mitsotakis claimed that if elected he will be honest towards the people and condemned the government policies in relation to non-performing loans and considerations of hiking employer contributions.