Leventis: “I will not be the crutch of a crumbling government” 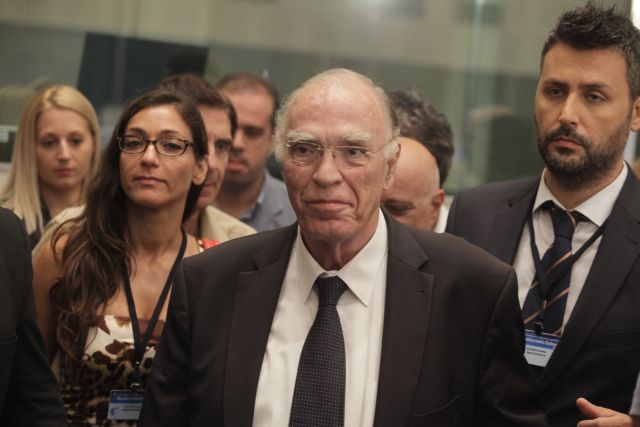 The president of the Union of Centrists Vasilis Leventis estimated that SYRIZA/Independent Greeks coalition government “will soon collapse” and clarified that he does not want to be the “crutch” of a government that is crumbling.

In his Monday evening interview on Star Channel Mr. Leventis also underlined that he never intended to participate in the government and will always put the country’s interests first.

“PASOK, The River and New Democracy voted for the bailout, therefore I cannot understand why the country’s sins fall on my shoulders” he added. Mr. Leventis repeated his proposal for an “ecumenical government”, with the participation of New Democracy.

Mr. Leventis accused the Prime Minister Alexis Tsipras of lying when he claims that pensions will not be cut and called him a “successor to PASOK”. Nevertheless, he stated that he is willing to have a public debate with the Prime Minister.

Regarding the controversial asset register, Mr. Leventis said that it could be a “useful tool” for tax authorities, but likened to “nuclear energy”, should it be used to merely impose more taxes on the Greek people.