Tsakalotos warns that “Grexit has not left the agenda”

The Minister of Finances Euclid Tsakalotos underlined the importance of solidarity in financial affairs, like in the refugee crisis, in… 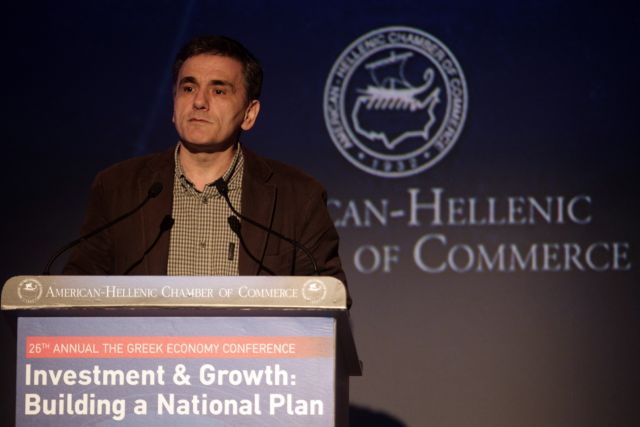 The Minister of Finances Euclid Tsakalotos underlined the importance of solidarity in financial affairs, like in the refugee crisis, in the speech he delivered at the 26th annual conference on the Greek economy hosted by the American-Hellenic Chamber of Commerce, the topic of which this year was «Investment and Growth: Building a National Plan”.

“The country’s credibility cannot be constantly disputed” he stressed and called Greece’s European partners, particularly those in the north of Europe, to stand in solidarity, as they have towards refugees. Mr. Tsakalotos noted that any delays in providing a resolution on the debt will postpone important decision for the Greek economy, adding that no investments will take place when the threat of a Grexit is still on the agenda.

In order to overcome the political and financial uncertainty by March 2016, the Finance Minister described a three-step road map. This includes recapitalizing Greece’s four systemic banks, successfully concluding the first bailout program review and initiating discussion on the debt.

Later on the Greek Minister spoke of “reform fatigue” in Greece and many other European countries and commented that it is highly important for the people to be able to see the benefits of reforms before new ones are introduced. Mr. Tsakalotos explained that a new balance between the financial and social aspects of the bailout agreement is necessary for hope.