The coalition government appears to be cultivating tension and polarization ahead of the bailout program review, in an effort to… 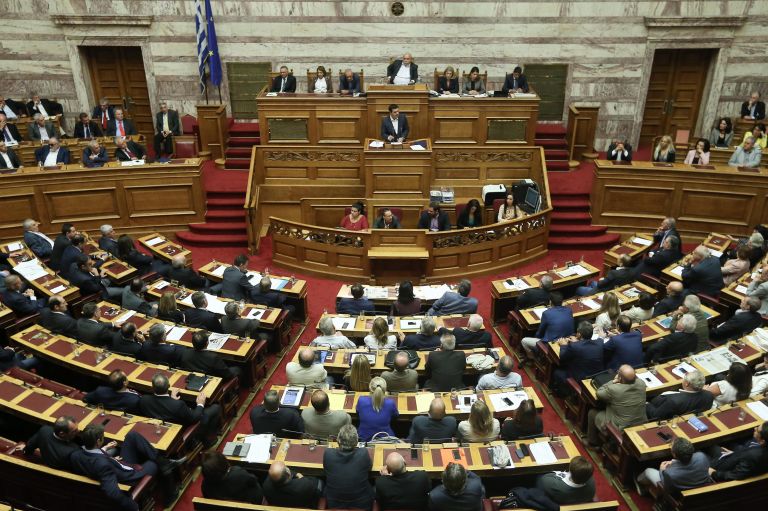 The coalition government appears to be cultivating tension and polarization ahead of the bailout program review, in an effort to galvanize support amongst its own MPs and to maintain the discourse of negotiation with the country’s creditors.

With Saturday’s political leader council meeting not having yielded the results that were expected, the government is expected to raise its tone, indicating a concern over its accelerated rate of attrition. Prime Minister Alexis Tsipras will participate in SYRIZA’s PG meeting ahead of the five-day debate on the budget.

Meanwhile, the government spokesperson Olga Gerovasili estimated on Monday that “the government majority is not at risk but on the contrary, it is very possible that it will grow stronger in the future”, suggesting that negotiations are being carried out with opposition parties with some form of cooperation.

Given that most of the opposition parties rejected the possibility of supporting the government, the Union of Centrists appears to be likeliest candidate. The party of Vasilis Leventis has 9 MPs who could possibly support the government; after all, Mr. Leventis pledged his support, provided the Prime Minister takes into consideration and implements 9 proposals which he has submitted.

With 11 government MPs rumored to vote against the upcoming bill on pension reform in Parliament, the Union of Centrists may help avoid a new government crisis and the prospects of new elections.