The classic football derby in Greece, between Panathinaikos and Olympiacos, which was scheduled for Saturday evening, has… 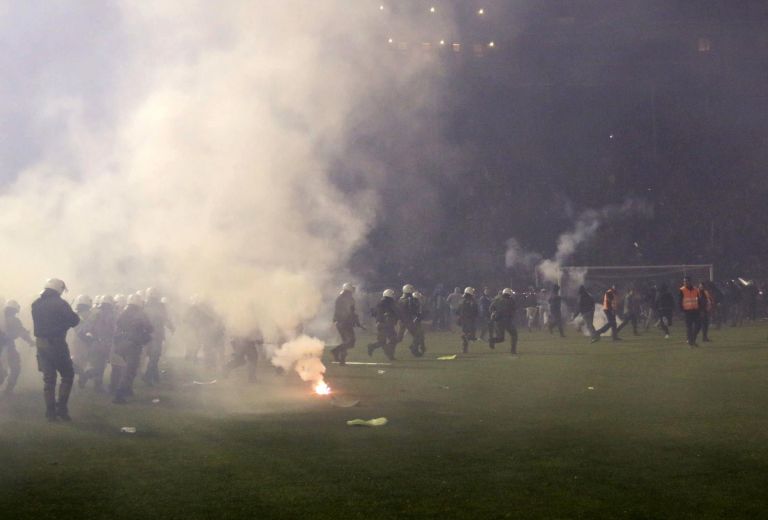 The classic football derby in Greece, between Panathinaikos and Olympiacos, which was scheduled for Saturday evening, has been postponed due to hooligan violence.

The game was set to begin at 19:30, however fans of the “Greens” began firing flares at about 18:10, one of which injured Olympiacos forward Alfreð Finnbogason during warm up. Clashes between Panathinaikos fans and riot police also took place outside the stadium on Alexandras Avenue.

Eventually the referee Andreas Pappas decided to postpone the game after consultation with the police, which stated that it was unable to ensure that the game could be carried out without incident. Upon announcement of the development, shortly after 20:00, Panathinaikos entered the pitch and clashed with the police.

During the clashes that followed about 50 fans were detained and 16 arrested, while three police officers were injured. The stadium itself also suffered damages as fans and the police clashed on the pitch.

In its statement Panathinaikos condemned the violence, but was quick to claim that only “two-three idiot fans” caused trouble and blamed the referee for deciding to postpone the game. Olympiacos also issued a statement accusing Panathinaikos fans for violence and causing serious trouble before the game even began.