Sakis Rouvas to switch on Christmas light in Athens 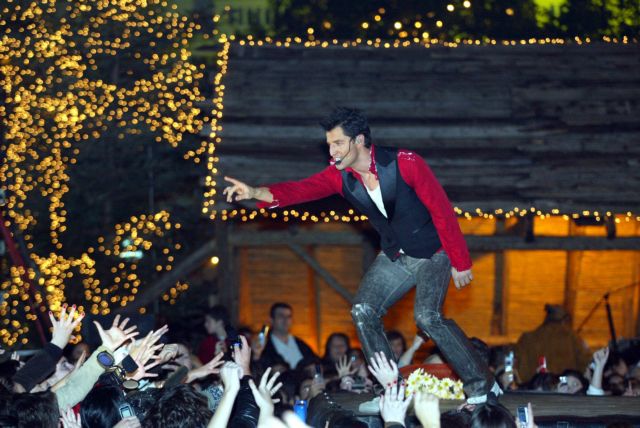 The Mayor of Athens Giorgos Kaminis has announced that the years’ Christmas lights will be switched on by pop singer Sakis Rouvas on Thursday.

The celebrations will begin at 5:30 in the afternoon with two sections of the Philharmonic Wind Orchestra of the Municipality of Athens marching from Kotzia Square and Monastiraki respectively and meeting in Syntagma Square.

At 7pm the municipality’s Big Band will be accompanied on stage by pop star Sakis Rouvas, whose performance will be dedicated to Paris. The children’s choir from the Leontio Lyceum of Nea Smyrni will also participate in the celebrations.

After the lights have been turned on, DJs will take over to carry on the festivities.