SYRIZA to “honor loan agreement, but with different terms” 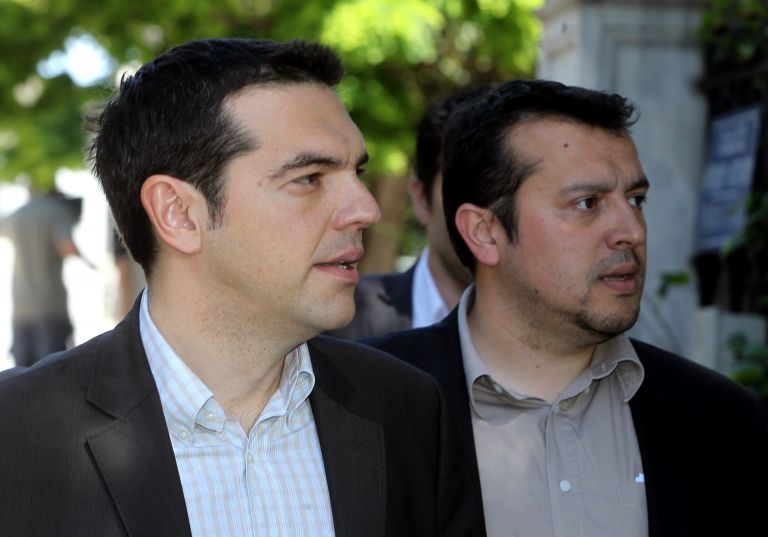 The director of Alexis Tsipras’ office Nikos Pappas [pictured right] has stressed that should SYRIZA receive a “clear mandate” from the Greek people it will both implement its proclamations and honor the existing loan agreement, albeit with altered terms.

Mr. Papas, who was invited to comment on the race to the Sunday elections by SKAI, also avoided giving details on his party’s tax plans, responding that it would be “irresponsible” to make any statements regarding tax rates with any certainty at present.

Regarding the existing loan agreement, Mr. Pappas reassured that his party is prepared to discuss its implementation with Europe, but argued that the terms must be revised and that the goal is to create a new program that will be a in a “radically different direction”. He also insisted that SYRIZA intends to implement its election campaign proclamations, provided his party receives a “clear mandate”.

Valavani: We will request «technical extension» to renegotiate debt and submit new proposal

Similarly, SYRIZA candidate Nantia Valavani said in a radio interview to Athina 9.84 FM that her party will request the “technical extension” of the bailout in order to have the ability renegotiate the debt and submit its own proposals. She further added that SYRIZA will take advantage of state property, such as real estate and possible profits from hydrocarbons in order to fund the insurance system.