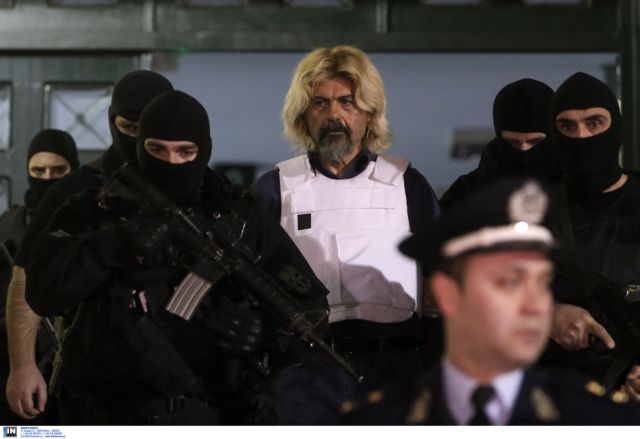 During the investigation of the apartment outside Loutraki that Christodoulos Xiros was using as a hideout the police found the lease for a warehouse in Aspropyrgos.

This warehouse appears to have been rented by a 50-year-old man from Koropi, whose identity details were recovered from the hideout in Loutraki. The police contacted the 35-year-old warehouse owner, who reported that the 50-year-old told him he wanted the space to store plastics and other stock from a store that his children were renovating in Athens.

The owner stated that the 50-year-old man did not show him an identity car or give him his tax registration number. When the owner later visited the warehouse, he noticed that the windows had been covered and that the lock had been changed. The 35-year-old manage to peep inside from a gap in the door and noticed two parked vehicles, a white Fiat Doblo van and a dark-colored Suzuki car.

Near the end of the lease, in early December, the owner received a call from a woman purporting to be the daughter of the 50-year-old, who told him that he was abroad. The two sides did not agree to extend the lease. The police claim to have found keys and other important items in the warehouse, which may lead to further developments.

The family of the 50-year-old bank employee claim that his identity details must have been used illegally and deny any implication in the case. The police suspect that the warehouse in Aspropyrgos may have been used to store weapons and explosives, as well as to adapt vehicles that were going to be used in a daring prison escape.